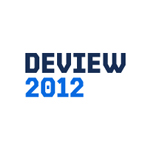 Enhancing the Scalability of Memcached

Rajiv Kapoor is a Principal Engineer with Intel Corporation’s Software and Services group.  His area of expertise is application performance analysis and platform architecture.  He has been with Intel for 13 years working on analysis of applications and platforms in different segments from clients to servers.  Over the past several years he has been focused on analysis and optimization web search engines and cloud applications/workloads leading to definition of future platform features that host them.
NHN개발자 블로그 hello world 한글 참고자료

Memcached is a popular key-value caching service used by web service delivery companies to reduce the latency of serving data to consumers and reduce load on back-end database servers.  It has a scale out architecture that easily supports increasing throughput by simply adding more memcached servers, but at the individual server level scaling up to higher core counts is less rewarding.  In this talk we introduce optimizations that break through such scalability barriers and allow all cores in a server to be used effectively.  We explain new algorithms implemented to achieve an almost 6x increase in throughput while maintaining a 1ms average latency SLA by utilizing concurrent data structures, a new cache replacement policy and network optimizations.